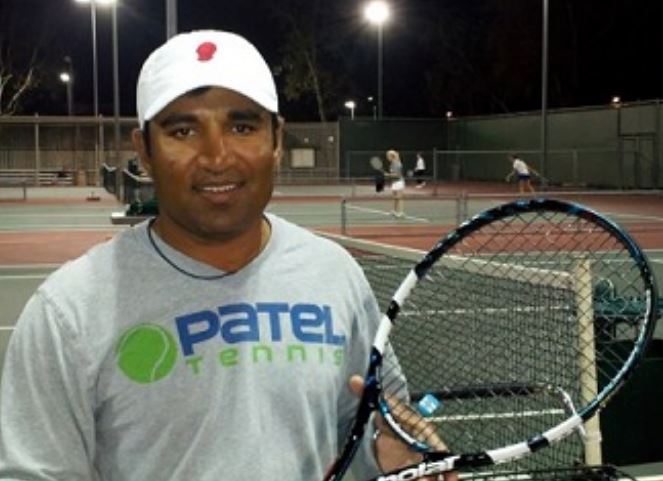 Growing up in India, Harshul Patel says he knew the struggle his parents faced being able to afford the life he and his younger brother Jay envisioned as world-class international junior tennis players.

So when the opportunity arose for the 18-year-old Patel to join Jay in Australia at legendary coach Tony Roche’s training facility, Patel said he had no choice but to leave home and go and train with the best.

“My parents almost went bankrupt before sending me and my brother to Australia to train with Tony Roche,” said Patel, the successful boys’ and girls’ tennis coach at Fountain Valley High School. “Our parents did everything to let us play tennis. But it was very expensive to travel.

“That’s why when we decided to settle here in Orange County it was all about giving back to the game that has given so much to us. We could have started with a high performance group, but we had a decision to make and that was doing it at a grassroots level. We did everything from scratch and now we have 80 girls and 60 boys on the team, which is the largest team in Orange County.”

Patel, 39, has had chances to move on to more lucrative jobs, but he remains at Fountain Valley and continues to take his 45-mile drive home every day to Rancho Santa Fe because his team has become an extension of his family.

Patel didn’t pick up the game of tennis until he was 14, choosing instead to play the nation’s pastime, cricket, when he was younger.

At the time of his arrival in Australia to help train his brother, Roche was coming off a successful career coaching legends like Ivan Lendl to Grand Slam titles, and in recent years has done the same with guys like Patrick Rafter, Roger Federer and Lleyton Hewitt. “My dad sent me to the best to learn how to train,” Patel said. “That’s where my journey started.”

From there he traveled to Asia and Africa and along his travels he met Vic Braden, a legendary tennis coach from Southern California he had only heard stories about. When Patel was named the USPTA High School Coach of the year he dedicated it to his parents and to Vic Braden, someone Patel calls “my mentor and my second father.”

Braden told Patel about Southern California, and that he and Jay should come there and work with him near his Coto de Caza home and tennis college.

“That was 1996 and my brother came and trained with Vic for three weeks,” said Patel, whose brother would go on to play for UC Irvine and get his Masters from the University of Pennsylvania. “Vic saw that we had a passion for tennis, and we saw how humble he was and what an amazing soul he had.”

“I want to take my last breath on a tennis court. That’s how much we love it.”