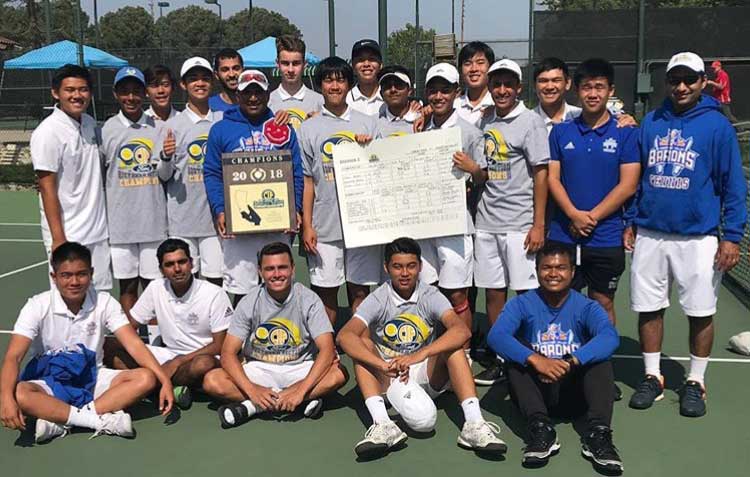 One thing the Barons haven’t done in his tenure is win an outright Sunset League title. The boys shared the league title with Los Alamitos in 2014.

The Griffins, who have won three straight outright league titles since then, have been the gold standard in the league. But that might change this year.

“This is massive,” Patel said. “It’s really a good win for us. Finally, you know? I won’t say we deserve [it], but we’re here and we work hard. It’s well-earned.” 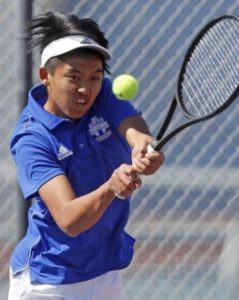 The Barons (10-3, 5-0 in league) swept all nine doubles sets against the Griffins (7-4, 4-1). The teams of seniors Tommy Trinh and Justin Pham, junior Vivek Savsani and senior Brandon Keller, as well as senior Eric Tadros and freshman Kai Rodriguez, all won three times.

Patel said his doubles teams are all undefeated in league play, going a combined 45-0.

“We’ve been there in the past, where we were the weaker side,” he said. “When we played against CdM [in a 14-4 loss on March 6], those doubles teams are a little bit better than us, and that’s why they have the edge. But then when you’re playing against a different level of team, we’re going to have the edge … We learn from those [losses]. We’ve been there many, many times, and that’s where the practices and our preseason schedule come in for us.”